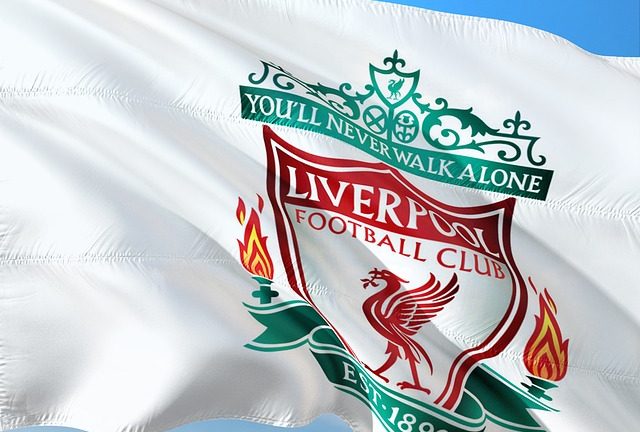 I used to play many FIFA games back in the early 2000s. I select Juventus or Barcelona, but in 2003 I tried my chances in Premier League with Liverpool. To be honest, I hesitated between Arsenal and Liverpool as I like both teams. But a career full of A+S+D key combinations with Dudek, Milan Baroš, Babbel, Michael Owen, El Hadji Diouf and Steve G was enough to help decide on my favorite Premier League football club: Liverpool FC.

Two years later, I’m on my first high school year. The biggest football clubs’ rivalries generated many comments and arguments in the class. Besides Steaua and Dinamo, Barcelona vs Real Madrid or Juventus vs AC Milan were headliners for never-ending debates: who’s the better team, which one got the fanciest t-shirts, the best crowd, the most beautiful game, etc.

But little did we knew that a new rivalry would come at the European level.

Road to the Istanbul Final

Liverpool starts its 2004-2005 Champions League adventure by playing the third qualifying round against the Austrian Grazer AK team. A 2-1 aggregate victory is enough to advance in a challenging group A with the former finalist Monaco, Olympiacos (remember that Greece won the previous EURO) and Deportivo la Coruña as opponents.

The first miracle against Olympiacos

As both Liverpool and Olympiacos achieved 10 points, the battle for the second place is decided by the total goals scored in their head-to-head matches. Liverpool plays the last match against Olympiacos and they need a victory by two goals to advance.

It couldn’t start worse for the cormorants, as Rivaldo open the score at the 27th minute. Liverpool would need to score 3 goals during the second half… Florent Sinama Pongolle equalized just after the break (47’), but the score remained 1-1 with ten minutes to play. Neil Mellor scored for 2-1 (80’), and the emblematic captain Steven Gerrard sent a powerful shot from 25 meters straight to the left Nikopolidis (GK) left post.

3-1! A miracle that let the Reds advance for the knockout phase.

From Milan to Istanbul: a historic route

The route from Milan to Istanbul is historic. In 313 AD, the Roman emperor Constantine I signed the Edict of Milan, which changed the policies towards Christians and gave them a legal status. No later than 17 years later, in 330 AD, Constantine I transferred the capital of the Roman Empire to Byzantium, the city that would take his name, Constantinople. Nowadays, it’s known as Istanbul.

Over 1500 years later, we are glad that gladiator battles are not a thing anymore. We got something better for entertainment: football.

In 2005, it’s time for Milan to take the route towards Istanbul to what I call: the best Champions League final of my generation.

Clear path until the semi-finals

Milan won group F from the first place, losing one game against Barcelona at Nou Camp. After a double Italian-classic 1-0 against Manchester United, Milan faces its local rival, Inter. An easy target for the rossoneri: 5-0 final aggregate score. I remember that match for the furious Inter tifosi. Milan led 1-0 in the 73rd minute (3-0 agg). Inter’s ultras marked their angry against the referee by throwing a cloud of pyros. One of them touched Dida’s neck (Milan’s GK). The match is abandoned, and UEFA awards Milan a 3-0 win.

But it’s another story for the semi-finals. Milan win the first leg with 2-0 at San Siro, but PSV is close to stop Italians route in Eindhoven. The South Korean Park Ji-sung opened the score (9’) and Philip Cocu equalized the aggregate table in the second half (65’). Massimo Ambrosini saved Milan in the 90+1’. But the better team of the night, PSV Eindhoven, scored a final goal in the last minute.

Milan got their tickets for Istanbul.

The final school year exams are approaching, but we do not care. It’s 25 May 2005 and I’m ready for the final. My desk mate Radu is a die-hard Milan fan and I’m for the Reds. In 2003, Juventus lose against Milan and I hope that Liverpool will have another fate.

Paolo Maldini, AC Milan’s 37 years old legendary captain, open the score from the 1st minute with a right-foot volley. A double goal by Hernan Crespo deepens the difference. At half-time, it is 23h30 in Romania and my friend Radu is triumphant. The trophy is going to Italy.

Rafael Benitez, the Spanish manager, reshaped his team: the initial 4-5-1 becomes a 3-5-2 formation where Steve G (c) advances forward to support Milan Baros. Rafa Benitez encourages his squad: “You can do it”!

I’m watching the second half in front of my old and small Grundig TV . Not less than 40.000 English fans are interrupting the silence of Atatürk’s stadium: “You’ll never walk alone…”

We heard their chants from the cloakroom. We wanted to respond by scoring at least one goal.

Sammy Hyppia, after the match

It all starts at the 54th minute: Gerrard scored with his head. Vladimir Smicer followed two minutes later. Just like that, the incredible became implacable. Hung by Gennaro Gattuso, Gerrard falls in the penalty area. The referee shows the white spot.

Wow, I cannot believe it. I’m texting to Radu: “Look, this is a great team, not your shitty Milan. ” He didn’t reply for the next ten minutes.

But Dida throws away Xabi Alonso shot… who run back to the ball and scored. It’s 3-3. Liverpool equalized. There are seven wonders of the ancient world, but Liverpool’s seven minutes to equalize are magical. Radu is mad, but there is still time to play. Anything can happen on this epic final.

The miracle of Istanbul

I’m 90% sure that Liverpool will get the trophy. They deserve it after a fabulous comeback. Radu did not agree, even though Milan players look down mentally.

Serginho sends Milan’s first penalty kick over the goalpost. Milan’s moral touches negative levels as Hamann scores for Liverpool. I don’t know if Dudek’s signature dance movements made him save Andrea Pirlo and Andriy Shevchenko shots, but the polish keeper unlocked the unthinkable:

Liverpool FC is the miracle of Istanbul after a 3-0 comeback against Milan.

I won’t detail all the jokes endured by Radu the next day (he was the only Milan supporter from our class). But it’s fine, he would make his revenge 2 year later.