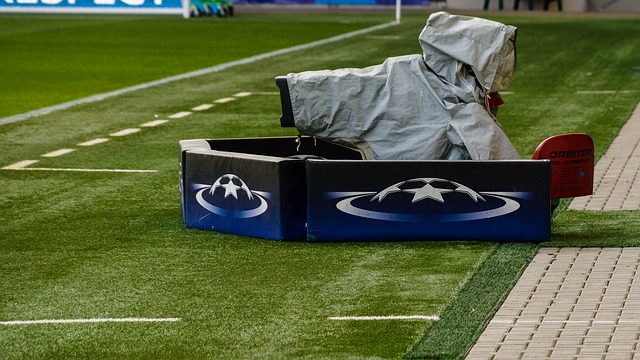 But the TV rights cash machine makes it more difficult to keep the pace. Every few years, the rights holder changes, and we must switch subscriptions to continue watching the Champions League. However, there is an alternative solution offered by the best VPN services for streaming football games.

How to watch Champions League in your country

In most countries there are two common options for streaming live Champions League matches:

I prepared a specific streaming guide for the USA. If you opt for the country Champions League TV rights holder, this guide is all you need. However, if you want a cheaper option or live in another country, I invite you to check the VPN option.

Indeed, in order to stream Champions League matches in HD format, you will just have to connect to a foreign TV broadcaster that transmits for FREE the live match. That way, you can access the following channels:

My favorite is the RTS because their website is straightforward, and you can watch the matches without creating an account.

So, to access geo-restricted channels, use a VPN that changes your IP address identifies yourself as if you were a local from Switzerland, Italy, Russia or any other country proposed by the VPN provider.

But how does a VPN work?

Now that you understand why a VPN can give you access to the Champions League in HD format, you might ask how it works?

It’s very easy. You just install an app on your PC, smartphone or tablet. This app allows you to securely connect your device to servers throughout the World and disguise your actual IP address and location. Therefore, connecting yourself to a Switzerland server, you will unlock RTS, connecting to an Italian server, you will access Canale 5 and so on, you get the idea.

Many advantages for using a VPN

You select a VPN for watching the Champions League in HD. But you can do much more with a VPN. Beyond watching live football matches, you can also:

As you can see, paying a few extra bucks bring many more advantages than just watching the Champions League from wherever you are.

What channels are available to stream Champions League matches?

You may wonder now what is the best channel to watch the Champions League. Well, it depends. There are two major factors to take in account: the language and the cost.

Let’s say you opt for English commentaries. Then you can select US, UK or Australian channels.

Turner Sports got the US Champions League TV rights from FOX and broadcasts live matches on the B/R Live streaming service. Subscriptions are available on a match basis (3 USD), monthly (9 USD), or yearly (80 USD).

Interested in FREE trials? Then you can try fuboTV or SlingTV.

In love with British commentaries? Then BT Sport is your choice as they have the rights to broadcast live Champions League matches until 2021.

Here’s how to stream on BT Sport:

This is the last option I know that brings English commentaries to the Champions League. In Australia, Optus has the rights to broadcast Champions League matches. The monthly cost is 15 AUD/month, no strings attached.

The best FREE channels for streaming Champions League in HD

I already said a few words, but I will go again for the people who aren’t sure which FREE Champions League channel should they choose.

My favorite is the Swiss RTS. People from France will be glad to get French commentaries, but there are other reasons I like this channel. It’s straightforward and in just 3 steps you will enjoy the live game.

How to stream Champions League matches on RTS:

My second option is the Italian Canale 5. After a season on RAI, Mediaset broadcasts again the best Champions League Wednesday match. Back in my childhood, I used to watch Serie A on RAI channels. I will never forget Italian commentators’ passion. That’s why I continue to watch occasionally live matches in Italian.

How to live stream Champions League matches on Canale 5:

What are the top VPN for watching Champions League?

For streaming, a VPN should be fast, steady, and offer several servers in as many countries as possible.

That’s why only a few VPN providers can offer the access to servers in countries like Switzerland, UK, Thailand, Russia, USA, Australia, and many more.

For this purpose, I’ve selected 4 VPN providers that will let you live stream all the Champions League matches in HD from official TV channels. Remember, if you need a VPN for other reasons, I strongly recommend this comparison website.

Over 5000 servers deployed in 60 countries bring NordVPN to my selection of the best VPN to stream Champions League matches.

Its classy and efficient apps will help you change your IP address to access official TV channels like RTS or Canale 5 that broadcast Champions League for free.

NordVPN offers several advantages, especially regarding privacy which is ensured through a strict no logs policy and an AES-256-CBC encryption. But it doesn’t stop here. You can open 6 simultaneous connections, enjoy a 24h/7 days customer support and the price is very competitive for the 2- and 3-years subscriptions. NordVPN also offers an exclusive feature that takes security at the next level by using TOR over its VPN.

Like other providers, NordVPN gives a 30-day money-back guarantee. You can use it wherever you live.

Trust.zone is the VPN I’m currently using. So far, I wasn’t disappointed by their services. I choose them mainly for the stronger privacy features and for the good speed. Yes, maybe it’s not the fastest VPN out there, but it’s enough for my usage.

169 servers grouped in 85 zones over the World help me watch Champions League games when I’m away from Netherlands. Or, like I’ve mentioned before, I can easily connect to an Italian server and stream Champions League matches from Canale 5.

I recommend Trust.zone VPN if you put privacy before anything else and if you want to watch matches from European, US, or Australian broadcasters.  If you are interested in Asian, South American or African TV Channels, the following VPN are more suitable.

ExpressVPN is maybe the best VPN for streaming. Even though is not the cheapest one, its performances worth the price. Don’t get afraid, it’s not expensive either and you can save 49% including 3 Free extra months for a 12 Months subscription.

With over 3000 servers in 94+ countries, you will never get short on your options. You can therefore opt for English, French, Italian, Spanish, and many other languages for your Champions League streaming.

ExpressVPN is very easy to use and offers apps for PC, smartphones, or tablets. You can even set up your Wi-Fi router, so you won’t have to install a separate app on each device. If you are like me and prefer watching football on the TV screen, ExpressVPN is compatible with Samsung Smart TV, Apple TV, Amazon Fire, Roku, Google Chromecast, and selected Android smart TVs.

Not satisfied by the services? No problem, there is a 30-day money-back guarantee. But until now, I didn’t hear any complaints from my friends that used it.

Even though all VPN advertise privacy, not all of them offer the same level. This is where CyberGhost is strong. According to That One Privacy Site, CyberGhost excels in all three privacy criteria.

Over 20 million people trust CyberGhost, which make it one of the top VPN players. Its high-quality offer is backed by 4700 servers located in 60 countries.

CyberGhost’s apps are well finished and you can install them on 7 different devices. You can be a good teammate and share it with your friends. They will thank you after streaming Champions League matches 😊

Another strong point for this VPN is the price: less than 3 USD or EUR per month! This is very competitive in the VPN world. Not to mention that you will save some costs if you opt for a paid Champions League channel.